Shane, as part of your development course last year, one of your tasks was to raise money for charity.  What charity did you choose and why?

The charity I chose to support is Cystic Fibrosis as it is very personal to me due to my son having the illness.

As there were two areas we decided to support there were two presentations: CF Ireland received 5300 euro while the CF unit in Crumlin received 2025 euro.  Both of which were extremely grateful of the support. The funds were raised mainly through a golf outing which took place in April and through some smaller donations. 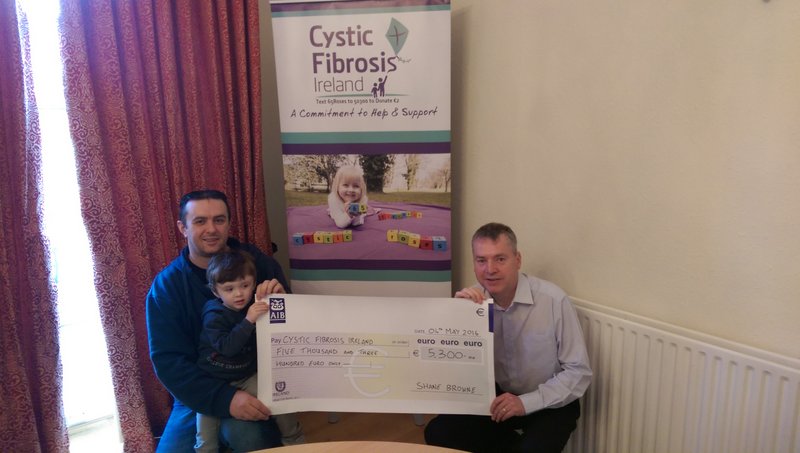 How much did you raise and what will it be used for?

Total raised was just over 7000 euro – the money that went to the hospital will be spent 100% on equipment for the children who suffer with this disease i.e breathing equipment, sports equipment and games for the isolation units for when the have to stay in for treatment. 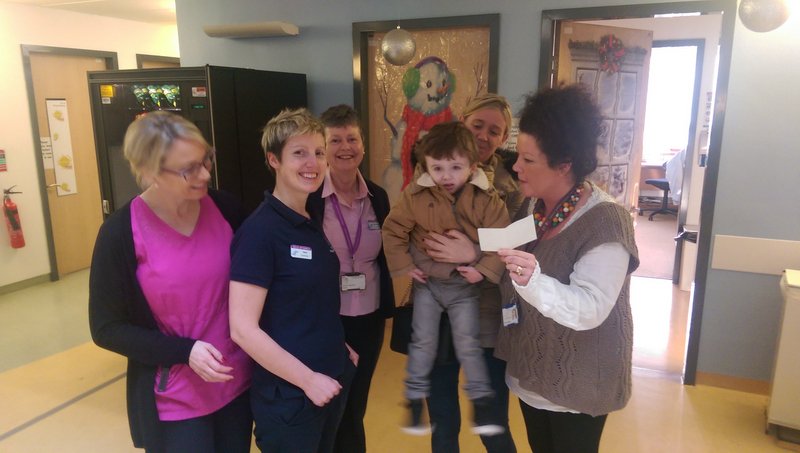 The money that went to CF Ireland will be used for a greater variety of uses which include funding for special units, helping parents with grants and for research and development to find a cure.

Tell us more about the illness and the impact it has had.

The impact that this has had on our family has been immense from the very first time we were called in to the hospital to the everyday routine that we now have to stringently follow in order to try and keep Hayden healthy.  We have to follow a military style regime every day in relation to making sure Hayden has the best chance of growing up like a normal child.  Every morning and every evening we must do a course of physio with him to make his lungs work hard to help fight against infection. This is not as easy as it sounds due to the stress it puts on his frail body and can be very hard emotionally on the parent as nobody likes to see their child suffering.  There is also a course of medication that must be followed every day and every time he eats in order to help his body accept the food that he intakes as this disease affects more than just the lungs, it also affects the pancreas which does not do the job it is supposed to. Every breath is a blessing and every day is a fight against this invisible disease which we can only hope won’t destroy our little boy.  The hardest part for the parent is to cope mentally without showing any stress to the child so they don’t pick up on why there is a problem.  Education together with the support of the hospital goes a long way to preparing you for how to deal with this awful affliction.

Are you going to do anymore events?

I have decided to hold an annual event with the help of Maxi Haulage to raise money.

Donations can always be made directly to CF Ireland via their web site https://www.cfireland.ie/

Sponsorship/Donations for this event is a good way of helping raise funds and awareness.

Interview with our Senior Accountant
Scroll to top