It has come to our attention that we have a hidden star within Maxi Haulage!

Rachel Donnelly from our Bellshill depot; has brought to our attention that not only has she appeared on Britain’s Got Talent, but also made it to the live semi-finals, performing in a dance group called the Fusion.​ I was intrigued to find out more. 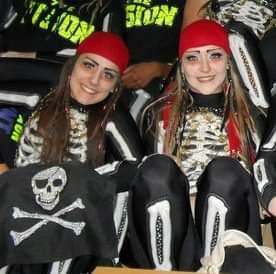 She said it was a once in a lifetime experience and one she’ll never forget. As she had been dancing since the age of 2, it was a dream come true to get so far in the competition. It also led to further opportunities like appearing on This Morning. She also supported the likes of singer Olly Murs, Spellbound and The Live X-Factor Tour. Rachel, who has appeared along side her older sister, says this was one of the hardest but most rewarding things she ever done in her.

Rachel who is now working as a transport planner in maxi’s Bellshill office and has just completed a management course run by our MD Alan Miles. She has mentioned that she will now bring her creativity and energy into learning a new job role and hopes that her career in Maxi will be as successful and rewarding as her dance career.