We caught up with Greg Duffy from our Warrington Depot, who along with Jonathan Lukow and Tom Jackson, have been raising money for The HoneyRose Foundation charity.

Thanks it was much more than we had wished for.

Tell us about the charity

The HoneyRose Foundation was set up by my mum in November 2004 to provide special wishes for terminally ill adults in the UK.  The charity is the only one is the UK to provide this service.  Many of the adults have young children and just want to spend some time away with them at this emotional time in their lives. 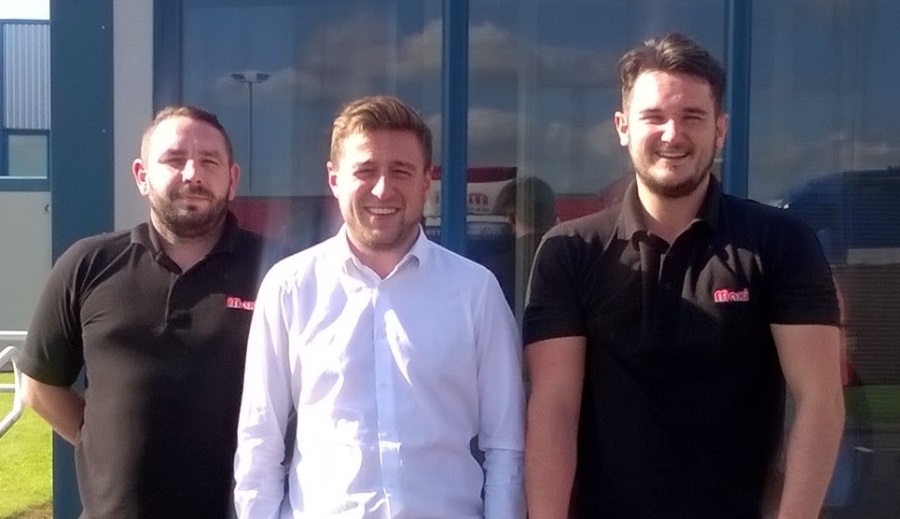 Tell us about the events that raised the amount

The first event was the Colour run where Andrea Davies, John Gaskell and Steve Sugden raised £395.

We then spoke to our main customers and sub-contractors who, through a just giving page, donated £2467.25 which was an amazing amount to really get us going.

Our next and favourite event was the Maxi football challenge.  We had a number of teams including representatives from local businesses and Stena line.  Although the weather was against us on the day a great time was had and we had full support from the Warrington staff for the evening entertainment which included recently signed band “Weekend wars”.  This raised £4290.

Our last 2 events were done in conjunction with the HoneyRose Foundation; an annual ball and sportsman’s dinner at St Helens RLFC raising a combined total of £7303.75.

Based on the experience what do you think you, Johnathan and Tom have learnt?

I think we all learned how to work as a team, business acumen and organisational skills.

Yes and would like to do it again, especially the football.  If it could become an event in the Maxi calendar that would be fantastic.

What lessons can be passed on to this year’s participants in our development scheme?

Don’t be scared to ask questions – there is no such thing as a stupid question.

Working together will make things much easier.

Don’t give up if people say no.